It’s been a whole week since I posted an update on my trip and I’m so sorry Mom! My wifi situation has been iffy and also I’ve been lazy. Last Saturday and Sunday I did something that kids these days would describe as “epic”……I went to freaking Drag Con you guys!!! I’ve never been to a “con” before so I didn’t really know what to expect, all I knew was that I could see most of my favorite drag queens in the flesh under one roof! I didn’t plan my trip around this either, I just noticed a couple weeks ago that the same weekend I planned to be in LA Drag Con just so happened to be going on, the universe you guys. So I took the bus from Venice to the Convention Center and walked into heaven. I met a really nice and funny mom and daughter in line who attended last year, we were freaking out before we even got our badges just over the other attendees outfits. It was a melting pot of the most color I’ve ever seen. At every turn there was something to see, a fierce queen walking by, or a 12 year old boy with a face beat for all of the Gods. I just so happened to be standing near Ru’s booth when they announced that she would be signing autographs and taking pictures with fans so I got in line. It cost $60 which I contemplated for about .2 milliseconds, totally worth it! The line was long of course but it was regulated and went sort of fast. I started shaking a little when my turn was getting closer, I’ve seen Ru before 5 years ago when me and my mom sat in the back row of the Wendy Williams show but this time I’d actually be standing next to her. When I walked up to her I was literally stuttering while she sang “Gorgeous, gorgeous, you are gorgeous”. I told her that I just wanted to stare at her creepily. My life you guys. A professional picture with motha RuPaul, I thought I would just be seeing her from afar but this was the most. 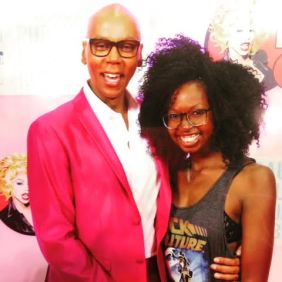 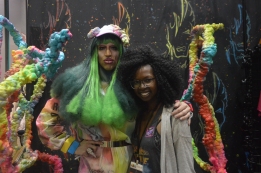 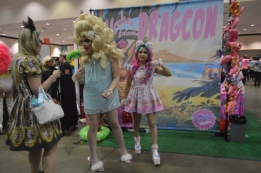 The lines to get a picture with most of the queens were crazy long, the longest was for Kim Chi and Naomi Smalls, they were in the same booth together. I only got an autograph from Chi Chi but took lots of pictures of the queens as they were walking by or taking pics with other fans. They also had a lot of panels, I sat in on one about people who got famous first on social media. I love Todrick Hall and he was a part of it. Everyone was so encouraging and hilarious, everyone on the panel was such a star. Ru did a keynote speech later on which was obviously amazing, I think she’s my spirit animal. Basically furthering my belief that we’re all witches who create our own destiny. There were a lot of random celebrities there too like Big Freedia, Amber Rose, Miss Lawrence from ATL housewives, Brandon and Craig from this past season of Newlyweds on Bravo, so excited to see them all! Another great moment was finally meeting Manila Luzon, she has been one of my favorites for years now, so hilarious and colorful, shes like the Katy Perry of drag. Obviously Drag Con was beyond what I imagined. 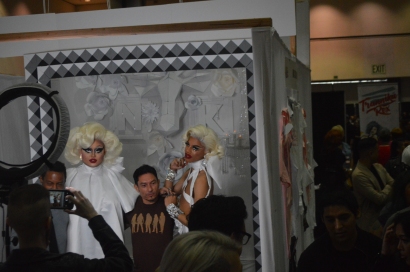 You know those places that are so hard to leave? That’s how I felt my last day in LA, people hate on Los Angeles so much just like they do with NYC and every other awesome place but I happen to really enjoy it. The weather cannot be matched and there’s so much to do. I wanted to check out the Venice canals before I left and was so excited when I saw some street art from @wrdsmth. I’ve been following him on instagram for years! The neighborhood around the canals is out of a fucking fairy tale. I could not believe it, so adorable and luxurious and quaint. Even as I was driving away I saw so many cool things that I wanted to explore. Sigh, Venice is FULL of character and quirks. Such a beautiful, crazy, dirty, sketchy-ish kind of place, my kind of place. 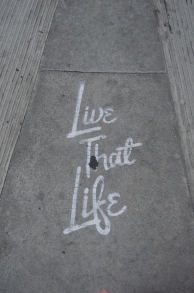 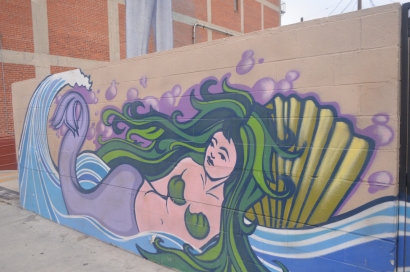