Cliche? yes. Proverbial? duh. Relatable? always. Am i  diving in or just getting my feet wet? Im not naturally an impulsive person so making  rash decisions doesn’t only not sit well with me it also backfires, because well, i know better and the universe knows better and the universe knows i know better. Ive always heard the phrase “fish out of water” feeling out of place, lost, not knowing what to do, something i have always related to but what about a fish in the water?  Just because you can drive  doesn’t mean you’re never going to get lost, and just because a fish can swim doesn’t mean it cant sink. Even in your seemingly natural habitat you still may not have any sense of direction. Its a doozy and not a lot of humans like to talk about it because they all want to seem like they have their proverbial shit together but in reality they’re all full of proverbial shit.  Tis the season, tis the season to get lost, and say “Wow i cant believe i said that, went there, ate that, did that (or him)” and just simply have an experience. I used to think that in order to do what i wanted to do i had to have all  my proverbial ducks in line, i thought i needed a certain dollar amount of money, or i had to wait until this specific date but now i know that i can do anything. The most important thing i need with me when im fulfilling my daydreams is simply the will to do it.

Having boobs doesn’t  hurt either.

I often think this whenever i think about my writing, in fact i always do because well…..why would you? Sure i get a kick out of myself  but what about you? Why should i care? Such a good question, so i wont. Honestly ive been very discouraged lately mostly about my writing and my chronic procrastination that i didn’t even realize i was suffering from until recently! Imagine the horror! Here i thought i was a prompt responsible person turns out im a slug who doesn’t mind (at all) laying in bed on my days off NOT doing anything cathartic or productive sooooo (sigh) its time to change a little. My friend Patrice often tells me that i have wanderlust (noun 1. a strong desire to travel the world) and i always knew that but it has become evident lately. I moved to Austin, TX a year and 4 days ago and it is such an awesome place to be and a great 1st place to move  but even with all its awesomeness i still find myself scratching like a crackhead wanting to travel so badly that it makes me legitimately sad that im not. Patrice and i met in training to be flight attendants almost 2 years ago (can’t believe its been that long!) Everyone there was so bright-eyed and bushy tailed thinking we were about to embark  on an amazing fun glamorous ( a word often used to describe the airline industry by outsiders) career but most of us soon became very discouraged. We changed our lives, left our jobs, hometowns, families, pets, and significant others only to feel extremely tired (ready to keel over) hungry (starving) and broke (counting pennies). I was in the galley one day on my tour of Texas (that’s a regional airline for ya)  and like a light bulb i realized that i hated it and i made a list of places i wanted to travel to before i quit and i did! I didn’t waste a day off after that. 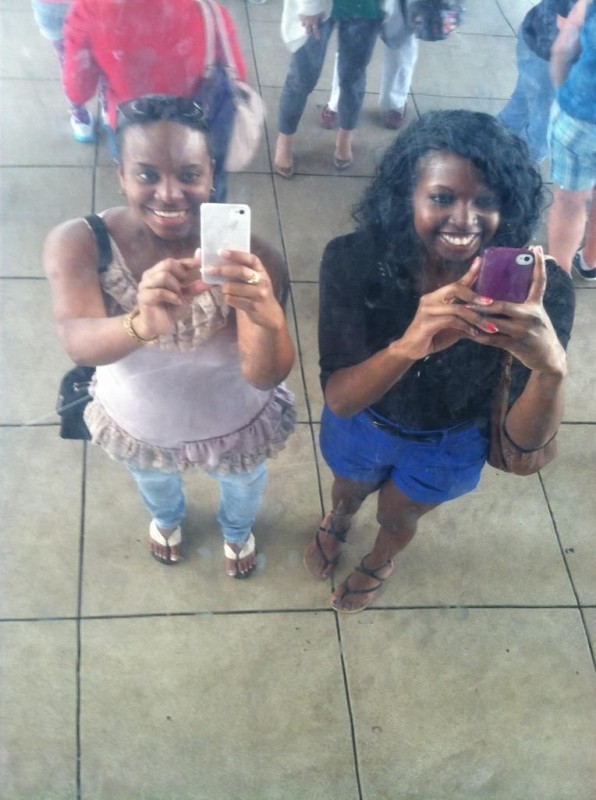 Me and Patrice visiting Chicago!

In the middle of August we both had a few days off together and went to the windy city to explore what Chi-town had to offer! 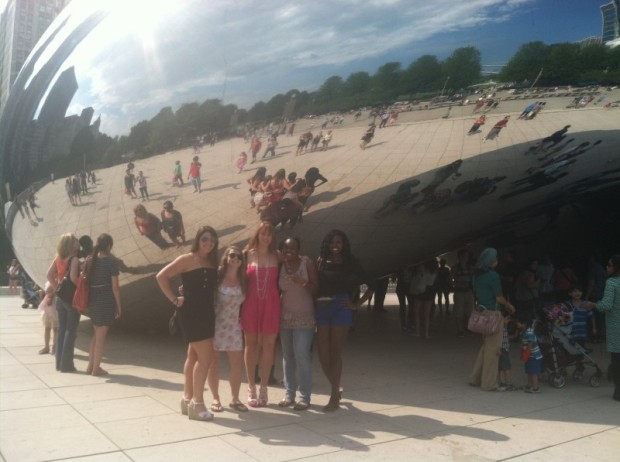 The Bean at Millennium Park!

Next stop was Austin, i ended up here serendipitously because i was supposed to have 2 days off but because i worked in the airline industry and had no control over my life they took one of my days off away and then replaced it the next week giving me 3 days off in a row so i decided to visit the “Live Music Capital of the World”.

I just love these “Greetings from..” signs!

At the time i was wishing and hoping for a layover in Austin because i had seen a special about it on the Travel Channel and heard it was “The little bit of blue in a big red state” and so  i knew it was my kind of place, very liberal and free. Now i think almost daily how thankful i am that i traveled here on my own time because i had a totally different experience, sure if i came i would loved it and i would’ve gotten a postcard and a magnet but couchsurfing here and meeting the ppl i met was one of those times that you know the universe is looking down on you and taking extra care of you.

A week later i honestly had no idea where i wanted to go #flightattendantproblems, got up one morning contemplating San Diego vs San Francisco. San Diego won because the hostels were cheaper so i put myself on the stand by list and headed to the airport. 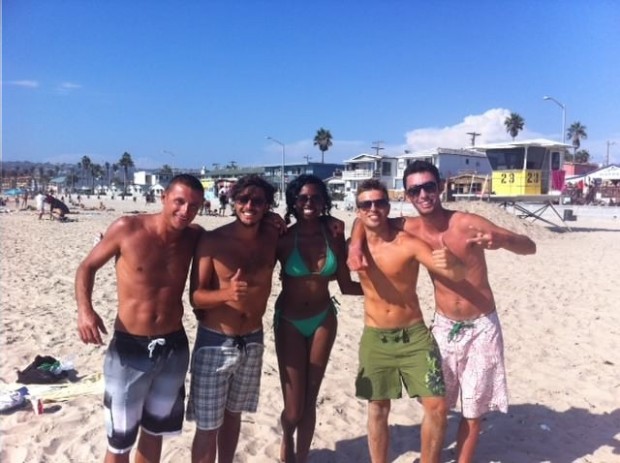 Some Italian guys i met on the beach, a girl gets a lot of attention when shes traveling alone…….

The beautiful CA sunset, as soon as it started going down everyone on the beach stopped to take pictures and started to applaud when it finally set, great end to a beautiful day!

Dallas for the Texas State Fair!

Fried everything, sounds good to me!

I even tried out some new wheels in Dallas

Everything’s bigger in Texas, well not everything…..ive been in Austin for a year now and well…..thats another blog post…..

To this East-coaster CA  and the whole west coast is pretty much the mecca of the US so next week i couldn’t help but venture to SF!

This was one of those OMG moments, when i laid eyes on the Golden Gate Bridge i literally said out loud ‘there it is!” like i had found something i had been looking for and i guess maybe i had.

Why must i put my hand on my hip like that!? What would Tyra and Miss Jay say?

And because im the corniest person in America (see rice-a-roni picture) i  had to take a picture of the Painted Ladies at Alamo Sq or as its mostly commonly known as the opening credits of Full House. 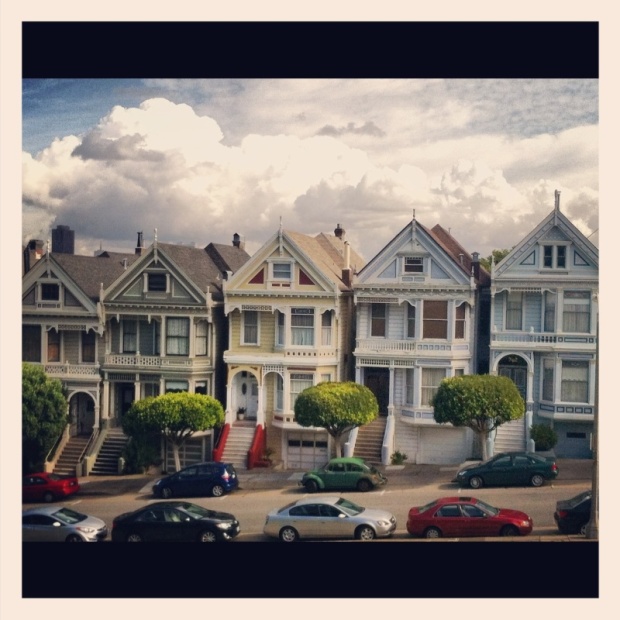 cant you just see Michelle in that light blue outfit and her family getting everything ready for the picnic on the hill?!!

SF turned out to be not only beautiful but also incredibly inspiring because of a beautiful person i met there and the experience we shared so this place will forever have me and my heart for the rest of this lifetime. 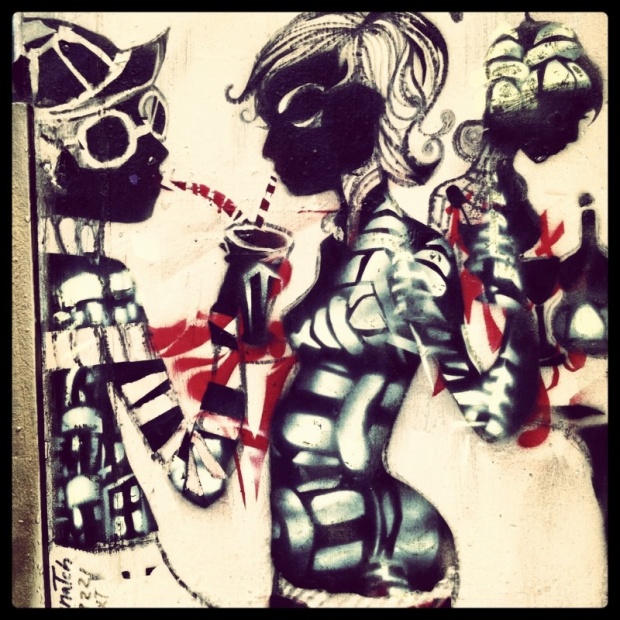 Next stop the Big Easy! 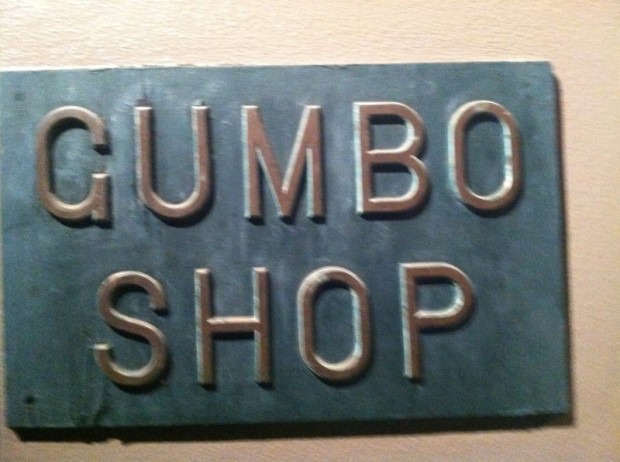 I ate a lot of good cajun esque food in NOLA including jambalaya and red, beans and rice….is it bad that i like Popeyes better? Where was a pic of me and a box of Zatarans?!

It was Halloween which is my favorite holiday and i had gotten this stupid dress that looked like aluminum  foil years ago and decided to buy some accessories to be the tin man!

Met a member of the Lollipop Guild! Munchkin Land here i come!

First sight after leaving the massive airport that i lollygagged in for awhile realizing i was traveling in a foreign country alone, anxious and excited….and tired it was 1:00 am central time but 8:00 Ams time, oh well carpe diem and all those other things!

Oh so many bikes! so many that there are parking garages just for them!

Like Sandra Dee i don’t usually drink, swear, or dare rat my hair (minus the swearing) but when in Rome…errr Amsterdam

at one of the “coffee shops” can you tell im not a smoker? i think i hide it well!

in December, my last full month working as a FA i headed south, even more south than TX. Baja California Sur, Cabo baby!

Got kind of sloppy the first night (and 2nd) but whats a girl to do……have a rendezvous!!

The natural beauty that i crave to see all the time 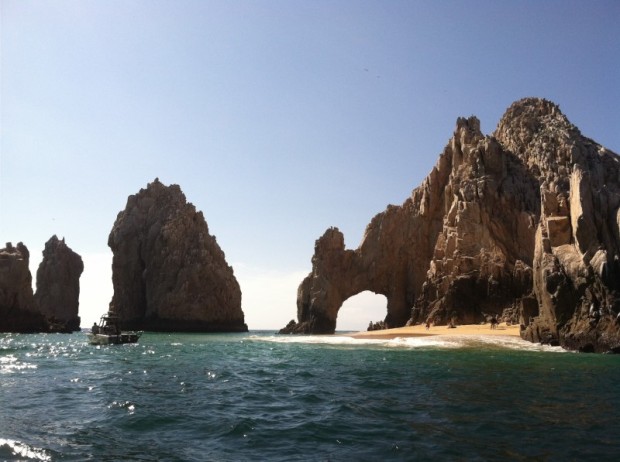 The Cabo Arch, am i the only one who thinks of Laguna Beach and when they went here on their spring break? oh i am, okay

Arriba! or however you spell that, why didn’t i purchase this! Its kinda cute right and id rock it all the time, its haute! 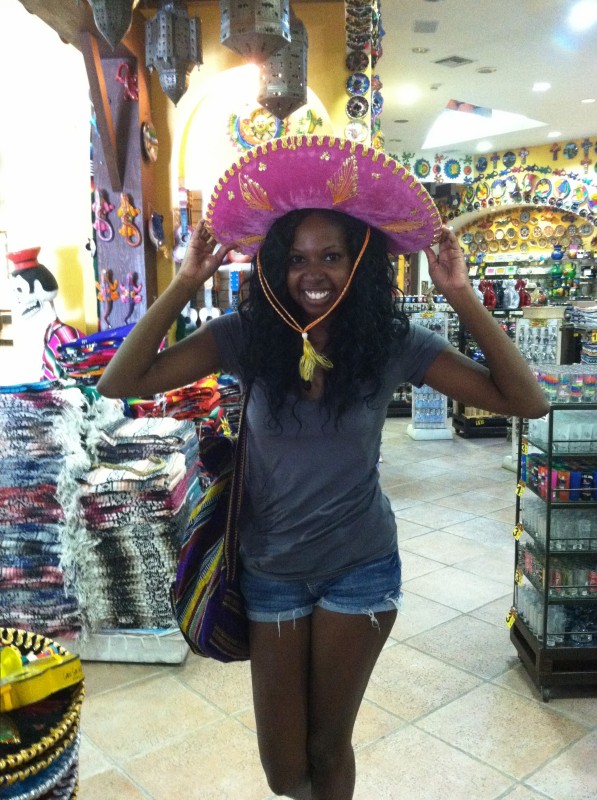 Cabo marked the end of the “flying for free” stage in my life and even though i wasn’t paying for plane tickets i was paying for it in my soul because i wasn’t happy. It was very odd, when i first started a passenger told me that working in the airline industry there were a lot of “ups and downs”* elbow nudge* corny airline joke and i died laughing because im corny but it couldn’t of been more true. On my days off i was literally flying high seeing things ive never seen and doing things ive never done but then when i was working ugh i was working and it wasn’t for me at all so for peace of mind i quit and after much thought i came to Austin because of the amazing experience i had here and they way it made me feel.

Now i know that being happy is thee most important thing and molding and changing yourself and your life so you can be the happiest you can be in order to feed your soul takes so much time it is crucial to your physical, emotional, and mental well being. Now that i feel mostly settled in Austin its time for feed my wanderlusting addiction!